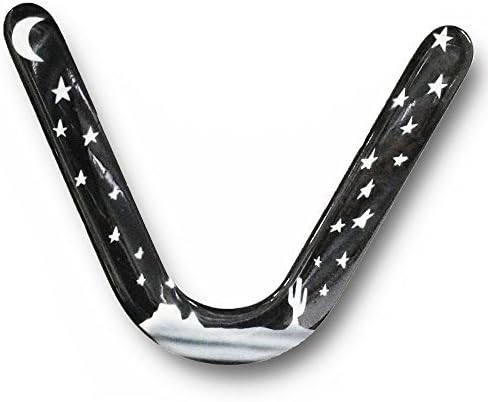 The Night Sky Boomerang has a Carbon Fibre and Plastic composite construction. It is a stiff material which holds it shape very well... a real nice looking rang with a great flight pattern for more range and stability. This is a comparably large boomerang at 13.5 x 11 size. It is pretty heavy though and would probably be best thrown by an adult or an athletic teenager ages 14-19. This is a BIG BOOM!