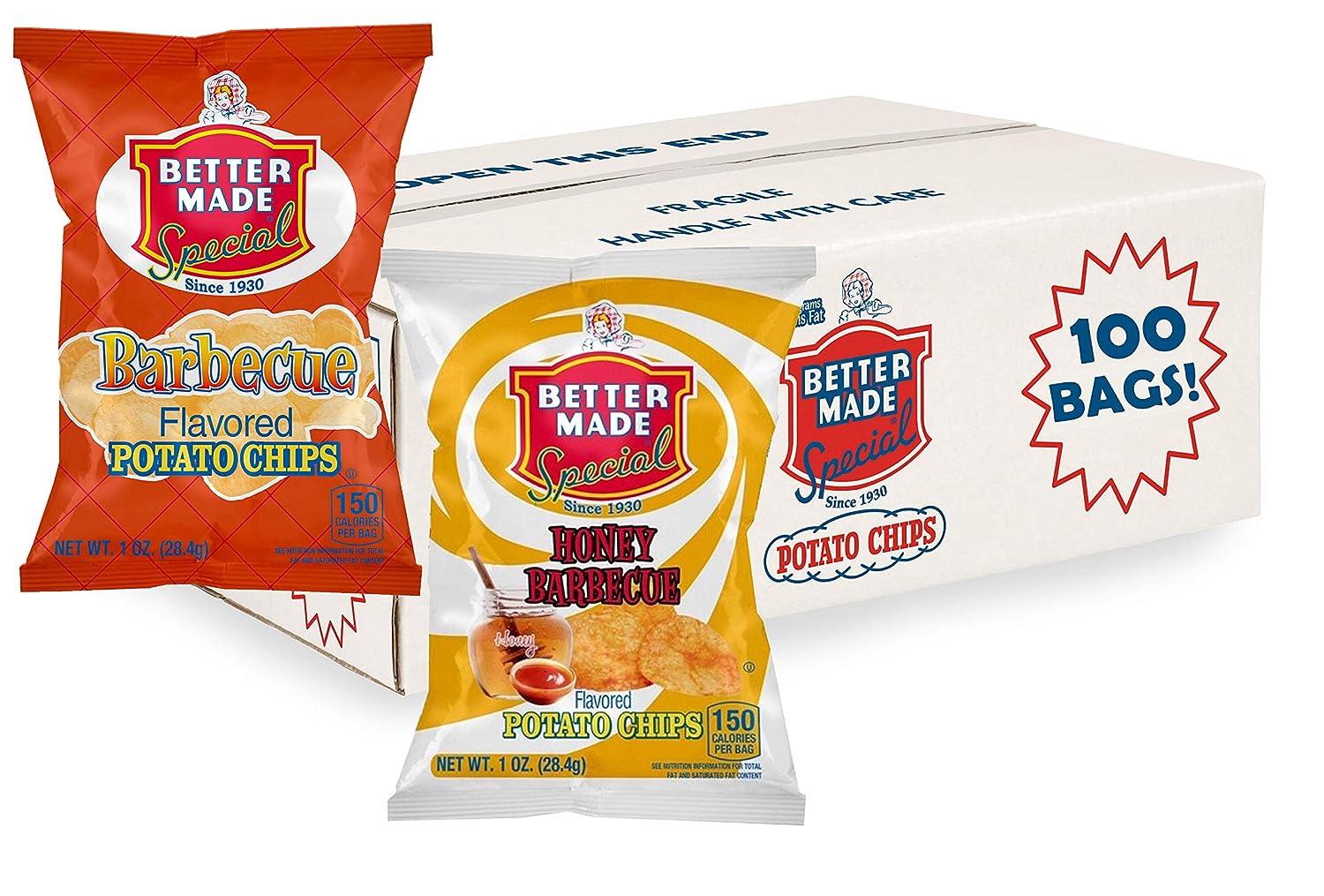 BETTER MADE SPECIAL POTATO CHIPS HISTORY
Cross and Peters company was founded on August 1st, 1930. The company was named after the founders' first names, Cross and Peter. Both set goals to make a better potato chip, hence the brand name: Better Made Potato Chips

"p" "p" Better Made became not only a brand name but a way of doing business. Even in the early days of the company, only the best ingredients and methods were used. At first, production was simple. Burlap bagged, select potatoes were cooked in the best oil available, weighed, and hand packed into crude, greaseless bags. Distribution was chiefly through the company's own store outlets, which later grew into small delivery routes.

OUR PROCESS TODAY
Today, Better Made uses 60 million pounds of chip potatoes every year and the entire process is a little more complex. The potatoes are purchased in bulk (45,000 to 85,000 pounds per truck load) and unloaded from delivery trucks which are lifted by a hydraulic lift. The potatoes are then transported by conveyors to storage bins. As needed the potatoes are automatically conveyed to the fryers where they are washed, peeled, sliced, and inspected. Next, the potato slices are conveyed to temperature-controlled cookers where only 100% cottonseed oil is used. The cooked chips are then lightly salted and automatically advanced by an overhead vibrating conveyor system to automatic packaging machines that weigh, form, fill, and seal the finished bags.

Better Made's over 85 years of progress have all been made in Detroit, using Michigan potatoes for ten months of the year and drawing from Mother Nature's harvest schedule in Florida, Missouri, Indiana, North Dakota, Minnesota, or wherever the best potatoes are available for the remainder of the year.